Over the last couple of years Tim Barrett and I have engaged in a conversation about the role of gelatin sizing in papermaking and printing. The central issue we have been discussing is this: sizing has a negative impact on print quality but a beneficial impact on the longevity and endurance of paper. Tim’s research into 15th and 16th century European papermaking processes has suggested that some, and perhaps many, post-15th century books were printed on waterleaf (unsized) paper to which the books’ printers, or someone else, added sizing prior to binding. For those of us who use very expensive handmade paper to make even more expensive books, the thought of dipping our printed sheets into a vat of liquid gelatin is a ripe topic for contemplation on a dark night of the soul. Despite this, after our initial conversation I sent Tim some printed sheets from which I had removed the sizing so that he could re-size them. The results were intriguing but not entirely persuasive. Although the increased durability that sizing can lend to paper is appealing—books are meant to last beyond a single user or century—the books that I make are used in ways that are not comparable with those that a 16th century book had to endure. A contemporary press book that is printed on soft, unsized cotton paper, housed in a box, and stored inside a temperature-controlled vault will bear its age well. If the same paper had been used to print pocket books for traveling Humanists, the books would not have withstood the demands of their owners.

The repeated physical use to which many early printed books were subjected lent them a patina similar to that of well-used tools, full of shine and scuff. In addition to the frequency of opening or the method of storing their books, early modern bibliophiles differentiated themselves in one important way from their 21st century avatars: they wrote in their books. They wrote in the margins, between the lines, in the voids of woodcuts, on ﬂy leaves and paste downs. They parsed, debated, excised, and amended their texts in ways that are unthinkable to contemporary private press printers, but that were certainly expected by the printers of the day. If the paper in their books had not been sized, the ink of their pens would have bled into the paper ﬁbers rather than holding a crisp line. The expectation of marginalia was another determining factor in the sizing of book paper after printing. Just as it is today, use was the arbiter of process. 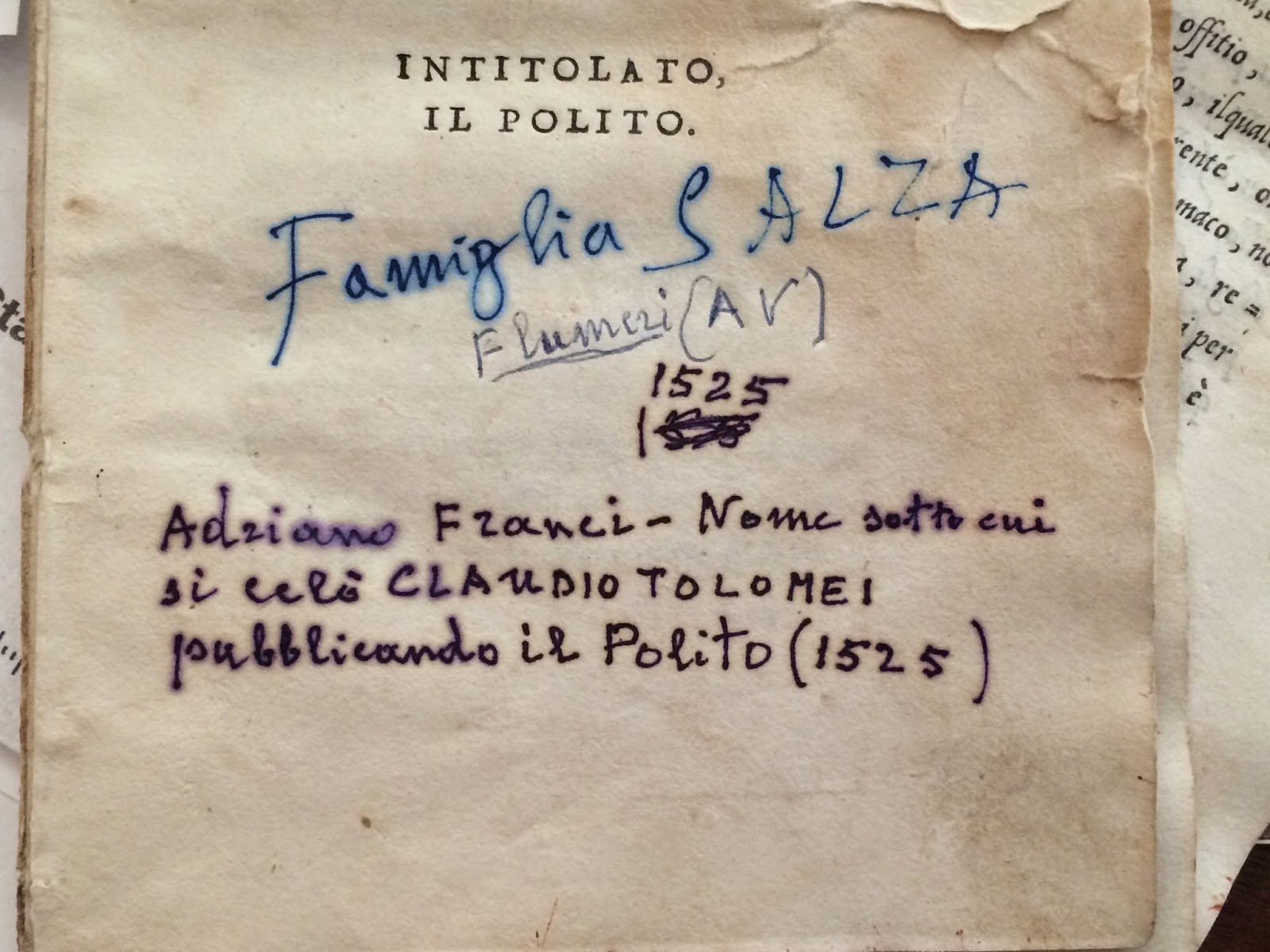 An example of ink bleed on paper that had its sizing washed off in a flood.

With many of these issues in mind, Tim Barrett and his students at the University of Iowa Center for the Book have been trying to recreate the working conditions of a pre-Industrial papermill, employing a three person team to make 100-200 sheets of handmade paper per hour. (A video of this process may be viewed here.) The paper is not meant to be perfect or precious but well-made and serviceable, to invite contact and annotation. With this paper, Tim and his colleagues are attempting an intriguing sleight of hand, engaging an historical process in the hope that it will arbitrate contemporary use. The problem, of course, is that once a craftsperson puts something out into the world, he/she cannot control how that object is used. It's all well and good to want people to use paper in a certain way, it's another matter altogether to get them to actually do it. Handmade paper, however quickly made, instills a certain amount of fear in bibliophiles. The speed with which it is made does not alter its perceived preciousness. The missing element is content.

In thinking about how to get people to use Tim's paper more aggressively, it occurred to me that I would have to make a book whose content would tilt the scales; a book that would encourage people to take the book off the shelf and into the messy world of their daily lives. No book satisfied this requirement better than a cookbook. In the hope of ﬁnding people who would be willing to put a ﬁne book through the paces, I have invited a group of bibliophiles to submit one or two recipes each for a small cookbook. In turn, each participant has agreed to cook as many of the recipes in the book as they can within the space of a year, to cook them with the book on their counter top, and to take notes in ink on the pages of the book. At the end of the year Annie will photograph the books for a comparative digital catalogue and I will coordinate an exhibit of the used books. To fund the project I will print an edition of ﬁfty additional copies for sale at a reasonable price.

The text will be set in a new typeface of mine (to be discussed in a future blog post) and printed on unsized sheets of UICB paper. Once printed, I will ship the sheets back to Iowa for sizing. Maria Fredericks, the Drue Heinz Book Conservator at the Morgan Library & Museum, has designed a paper binding typical of inexpensive book production in the European handpress period. A team of binders, overseen by Maria, will attempt a high-speed production process for the binding similar to the one that Tim uses for the paper. The book should be completed by summer 2015.