On Wednesday, February 6, I finished the last press run of Interstices & Intersections or, An Autodidact Comprehends a Cube. At final count, the book's thirty spreads required 225 press runs. During the last month of printing, my assistant Nancy began preparing any finished sheets for binding while I was chained to the press. The binding is a double sided leperello accordion structure that requires dry adhesive to be tacked onto the foredge of every sheet before the books can be assembled. This is an extremely laborious process and it would have delayed the binding by weeks if we had had to do it after all the printing was completed. Instead, by having Nancy prep the sheets while I finished the printing, we were able to collate the books the day after I completed the last press run. Nancy has now been joined by another helper, Katrina Kiapos, and they will spend the rest of the month finishing the prep work while I bask in a languorous state of unfettered leisure.

On Saturday, Annie & I drove the first batch of sheets up to Daniel Kelm's Wide Awake Garage bindery in Easthampton, Mass. After a tour of Daniel's chemistry book and apparatus collection, we were joined by his wife Greta. The four of us stopped by a local ice harvest before heading to lunch. 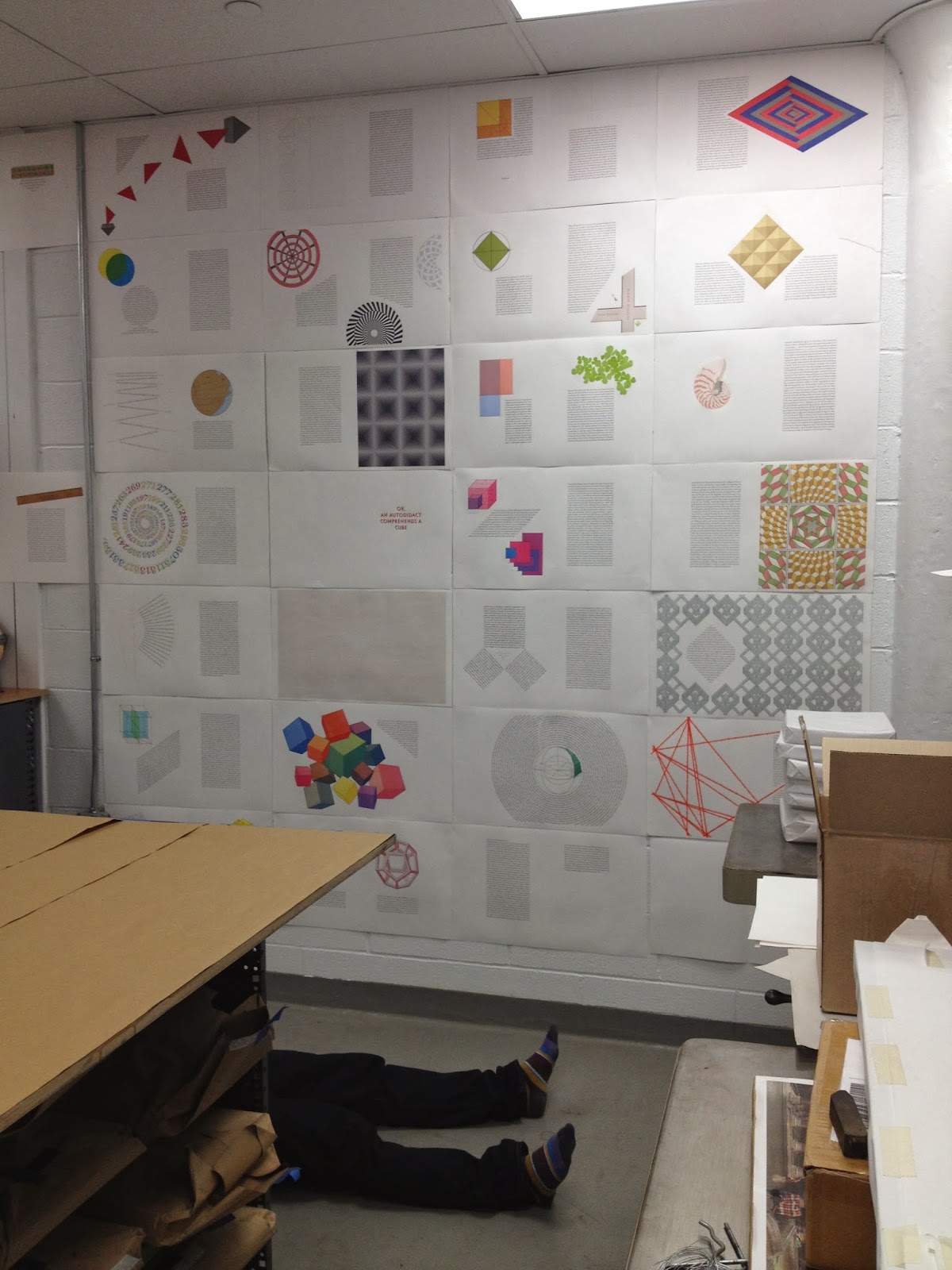 The finished book hung on the studio wall. 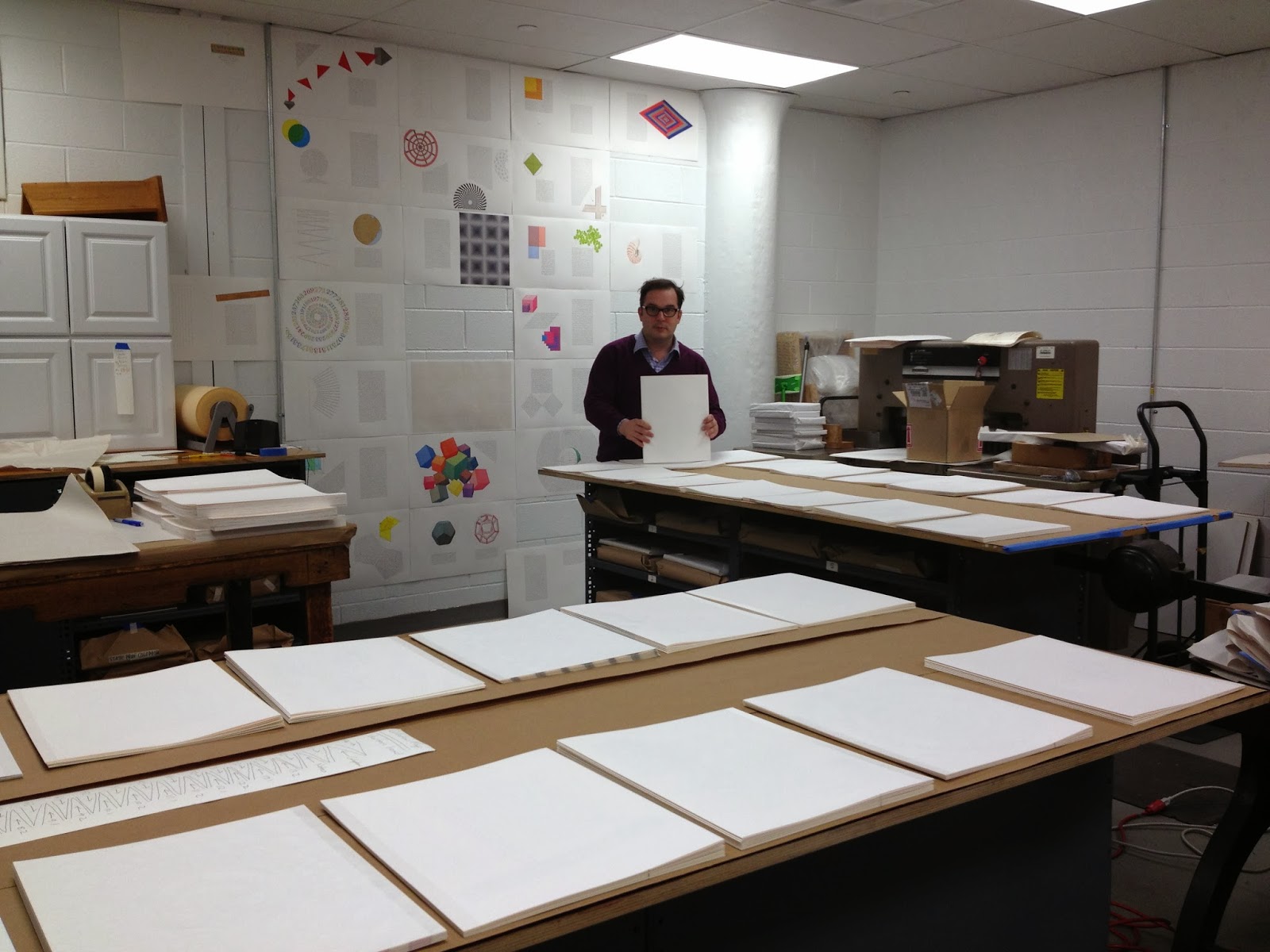 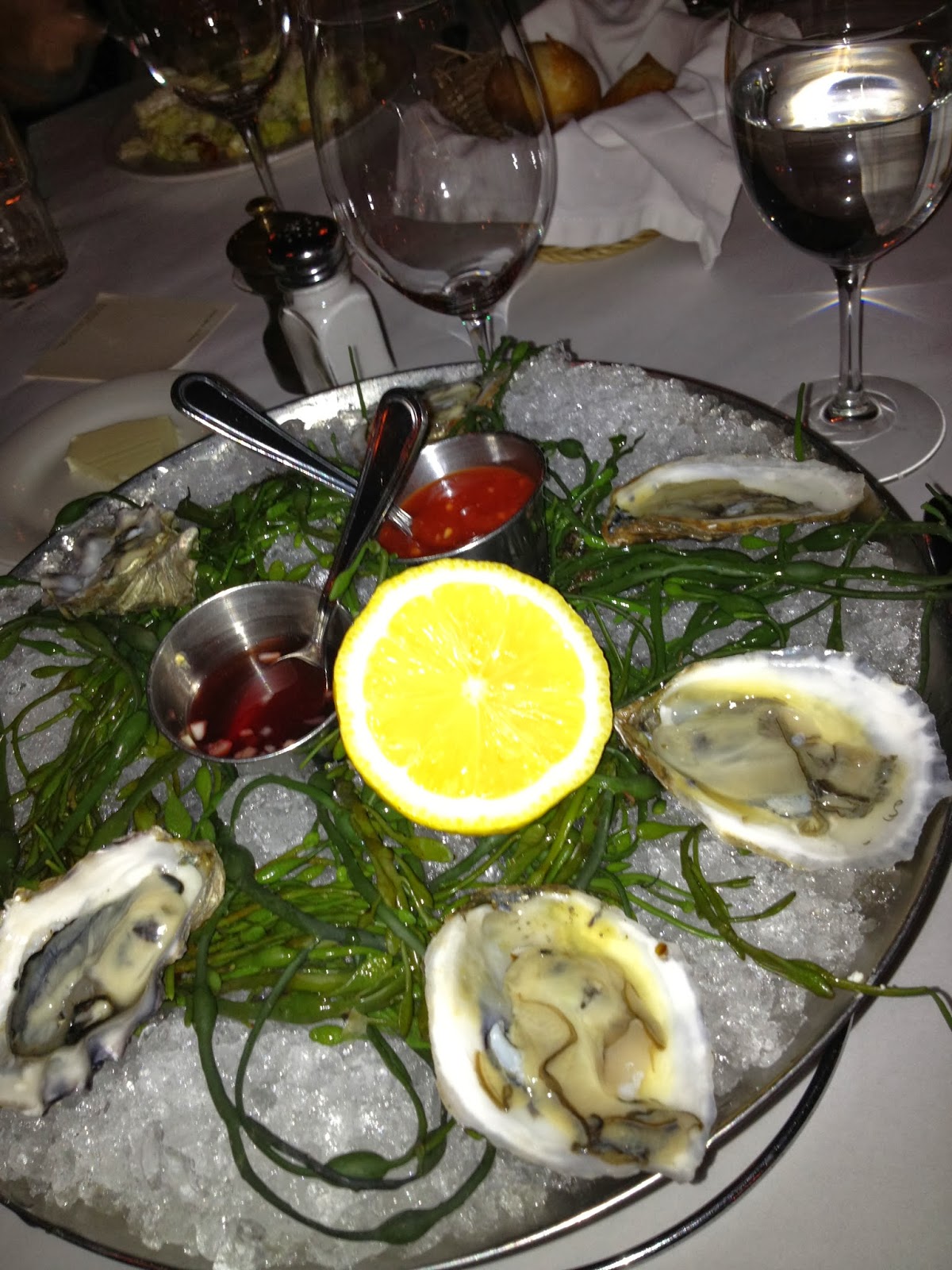 The oysters at Keen's Chophouse where Nancy, Annie & I had our Friday wrap party. 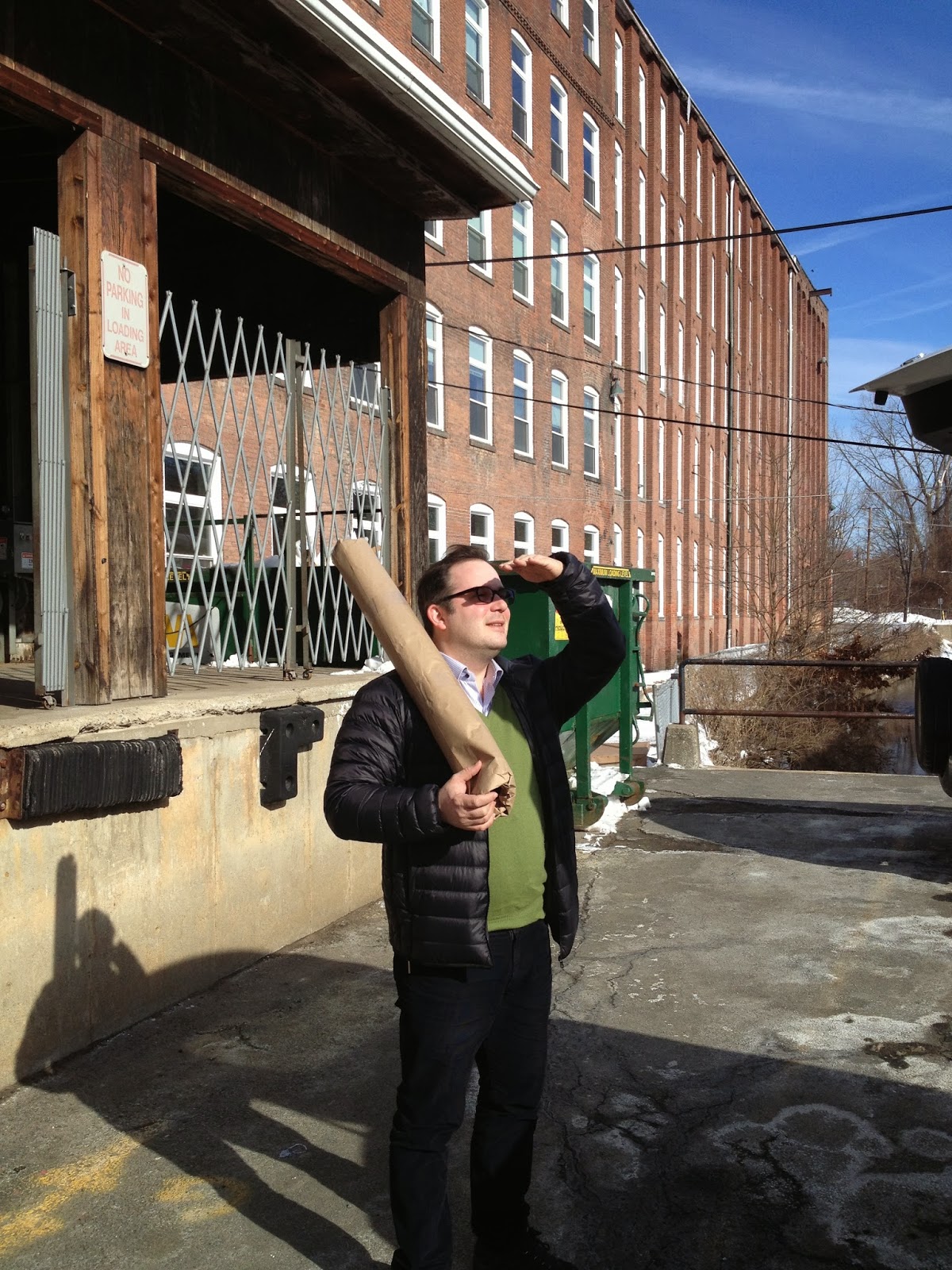 Standing outside the Cottage Street studios, home of the Wide Awake Garage. Daniel in his chemistry library. 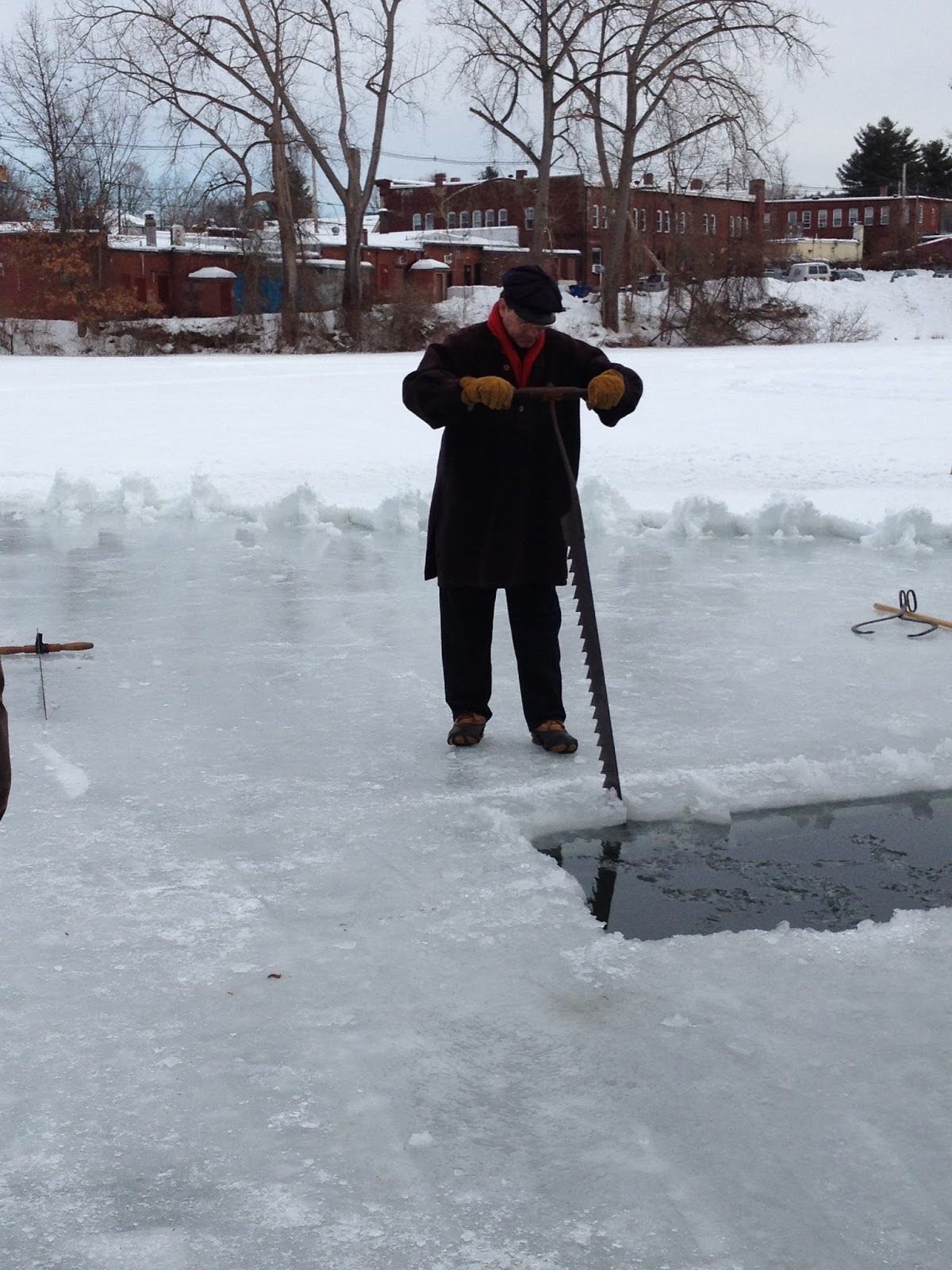 Havesting ice from the local pond above, tools for said harvesting below. 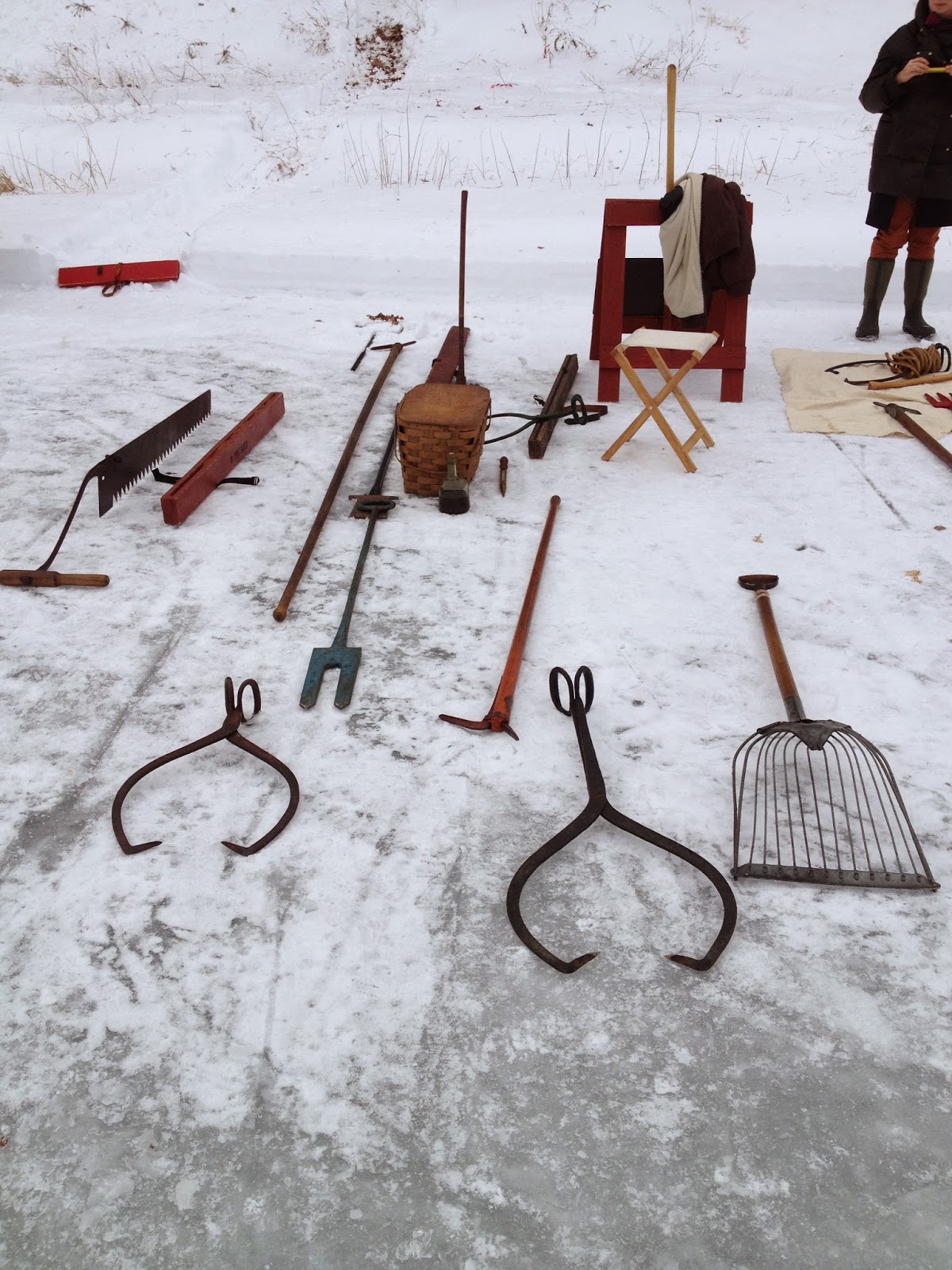 Posted by Russell Maret at 7:48 AM