In the run-up to the Oxford Fine Press Fair on November 2 and 3, I have been working flat out to have as much of Interstices & Intersections printed (or proofed) for a new mock-up to show at the fair. The schedule has made blogging nearly impossible. At the end of the day I'm simply too tired to reflect and write about my process. With the dummy sheets finally off to Daniel Kelm for binding the mock-up, Annie came by the studio yesterday and photographed every state and progressive proof to date, as well as the proofed images for the dummy. I'll write about a few more of the images over the next few weeks but in the meantime I'll just deal with the clover image from Proposition 6.30. 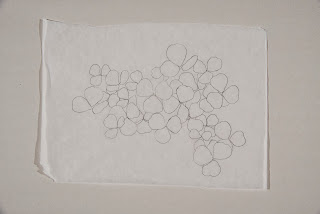 I begin by drawing an outline of my clover patch in pencil and then scanning and re-drawing it in outline in Illustrator. 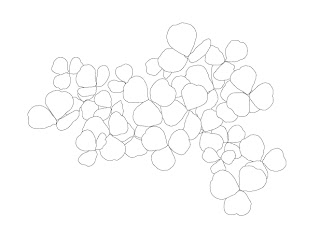 I then divide the clover petals into four different densities 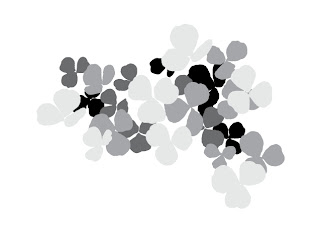 Creating four levels within the image 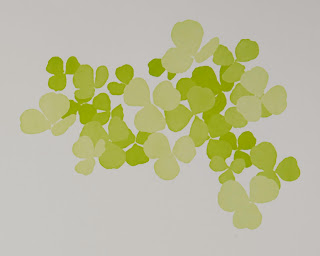 I then draw highlights for each level in separation 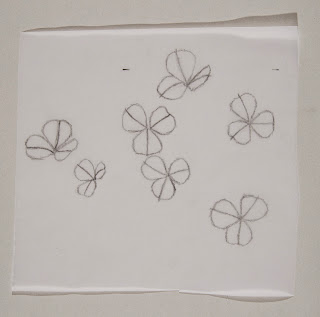 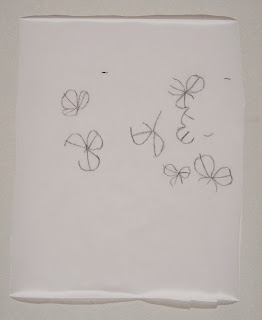 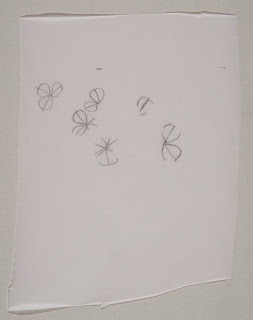 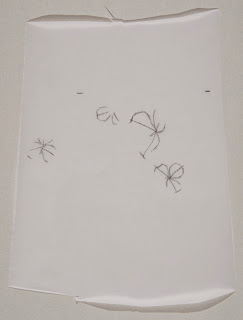 Re-combining and inverting them digitally 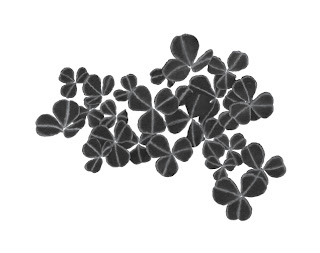 Producing a plate that prints as so 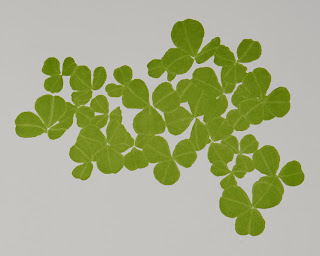 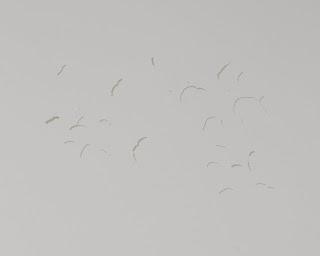 For the final image below 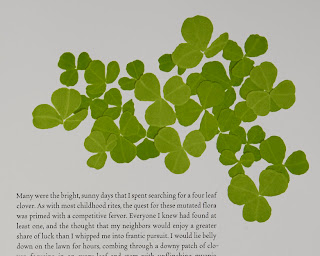 For the last two months I have been printing all out, cranking the Vandercook 5,000-7,000 times a week, trying to keep ahead of the curve on Interstices & Intersections. The first big deadline is approaching, The Oxford Fine Press Book Fair, and all of my energy has been geared toward preparing as complete a dummy of the book as possible to show at the fair. The schedule has been so tiring that it has been hard to take a moment and write clear-headed blog entries, a task I am still not up to. After I send the dummy sheets to the binder next week, though, I'll sift through all of the process photos and put together a more interesting post. In the meantime, here's a photo of the first text plates. I'll never tire of the seeing the transformation that text enacts on a page. 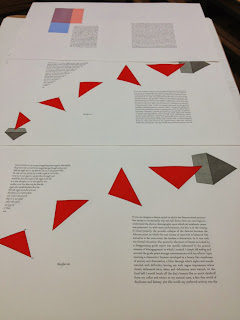 Posted by Russell Maret at 6:23 AM