In 2011 Joe Whitlock-Blundell asked me to design the binding for The Folio Society’s edition of The Sound and the Fury. Joe had liked the patterned paper I designed for Specimens of Diverse Characters and he asked me to emulate it for the Faulkner. In response I designed nine ornamental variations on a basic theme: a central pinwheel form with nine different fillers among the pinwheel’s arms. Joe chose the busiest of the nine designs as appropriate to the content of his book, and I spent a couple of years thinking about what else to do with the remaining ornaments. Eventually I decided to make a book of patterned papers, and I sent one of the designs, now called Pinwheel Ornaments, to Ed Rayher to have it made into new metal type ornaments.
While the type was being made I began the obsessive process of designing ornamental patterns. I do most of this kind of work while lying awake in bed, and this time was no different. For months I worked out meticulous variations in the wee hours, unsure as to whether I would model the book on a type specimen, printing the designs in black ink on white paper, or on a fabric swatch book, printing the patterns in colors on a variety of papers.
The more I thought about these patterns the more I realized that my mind was wandering. I love making patterns, but a book that only explored the patterning potential of the ornaments was not holding my interest. Instead, I began envisioning elaborate arrangements that were not inspired by what the ornaments could do but by what they were not supposed to do. While reading or walking around the city, texts and images would spark ideas for designs that made no practical sense at all, and my thoughts would digress into designs of eight, or nine, or more colors.
The book that has developed, Ornamental Digressions, draws on all of these various sources. It begins with four black and gray designs that display the basic functions of the ornaments. This is followed by fifteen ornamental digressions, each of which is paired with a text and printed in a wide array of colors. The book ends with notes on the sources of the fifteen digressions. Additionally, twenty copies are accompanied by a swatch book of twenty patterned papers that are printed on variously colored handmade paper.
The first sample bindings have arrived from Craig Jensen at Book Lab II, and copies will begin shipping this week. Below are some photos of the book and the process of making it. 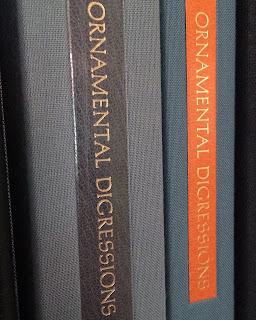 Spine of the deluxe (left) and standard boxes. 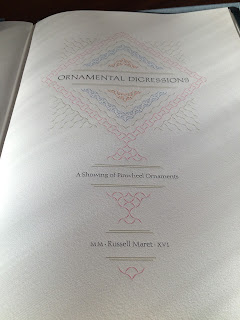 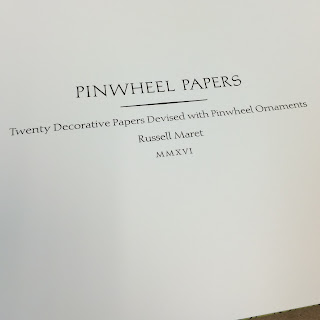 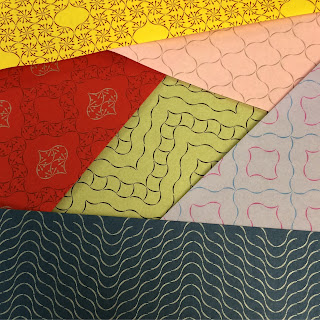 Some of the patterned papers accompanying the deluxe copies. 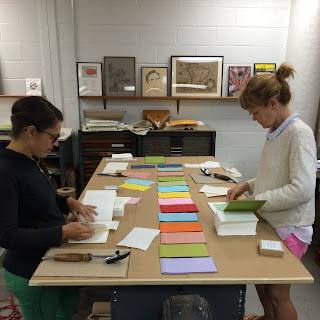 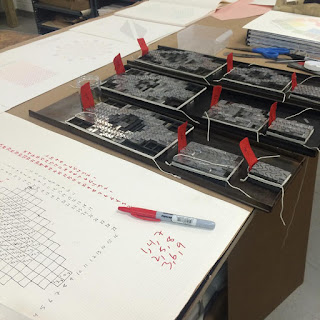 Color map and type formes for the Shakespeare page. 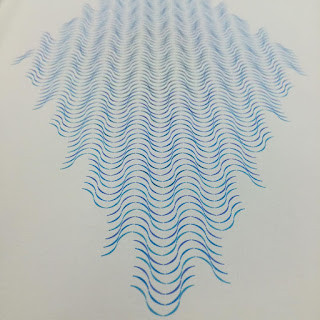 Close up of the image for Shakespeare's passage "...ornament is but the guilèd shore to a most dangerous sea." 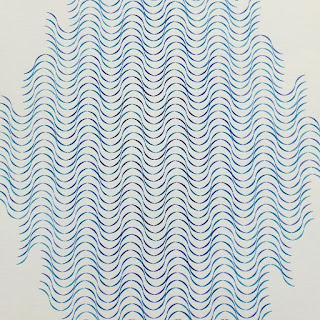 Another close up of the same image. 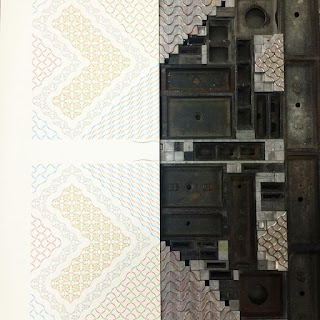 A type forme and partial print of the William Morris page. 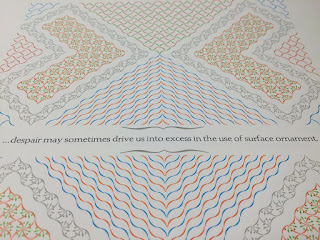 Close up of the William Morris page. 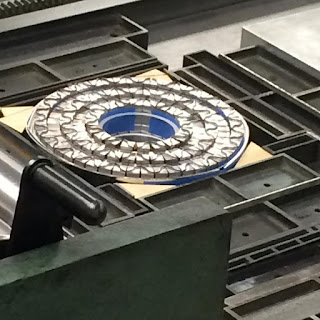 A type forme from the Henry James page. 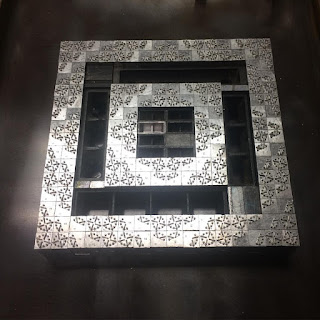 A type forme from the D. R. Hay page. 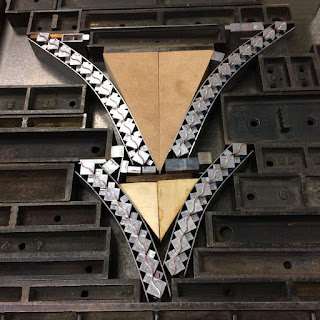 A type forme from the Caleb Stower page. 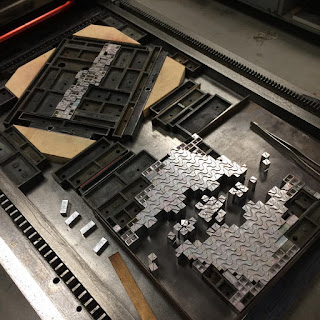 Separating the colors for the Man'yoshu page. 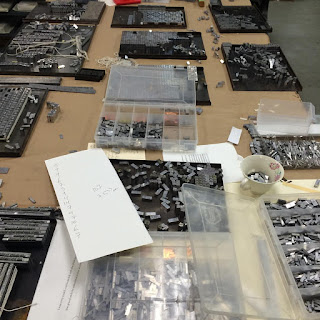 The disastrous pile of type awaiting distribution.
Posted by Russell Maret at 3:09 PM