Interstices & Intersections at The Printing Museum

This past week Annie and I were in Houston to install and open my show, Interstices & Intersections or, An Autodidact Comprehends a Cube, at The Printing Museum. I have never been an enthusiastic exhibitor of my books. Books do not want to be locked in vitrines. Their ontological essence is narrative progression and, when frozen at a single spread in a display case, that essence is arrested and disrupted. So when The Printing Museum approached me with the idea of a show dedicated to the making of a single book, I was excited. The show allowed eight display cases that were assigned as such: one for the standard edition, one for the deluxe, five for in-depth displays of process, and one of various sketches, maps, and schedules produced during the making of the book. Photos are below. For information on the show or the museum, visit The Printing Museum website. 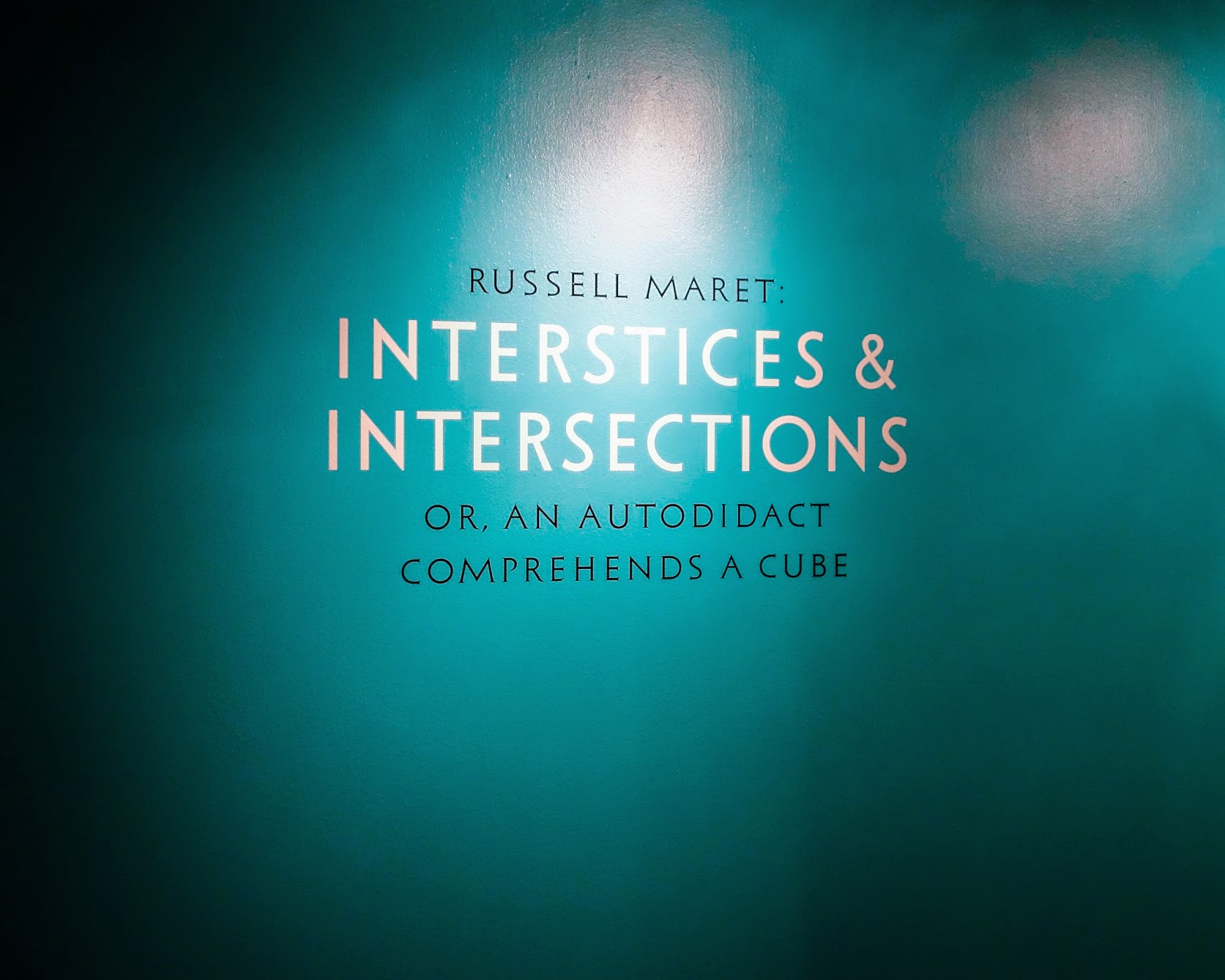 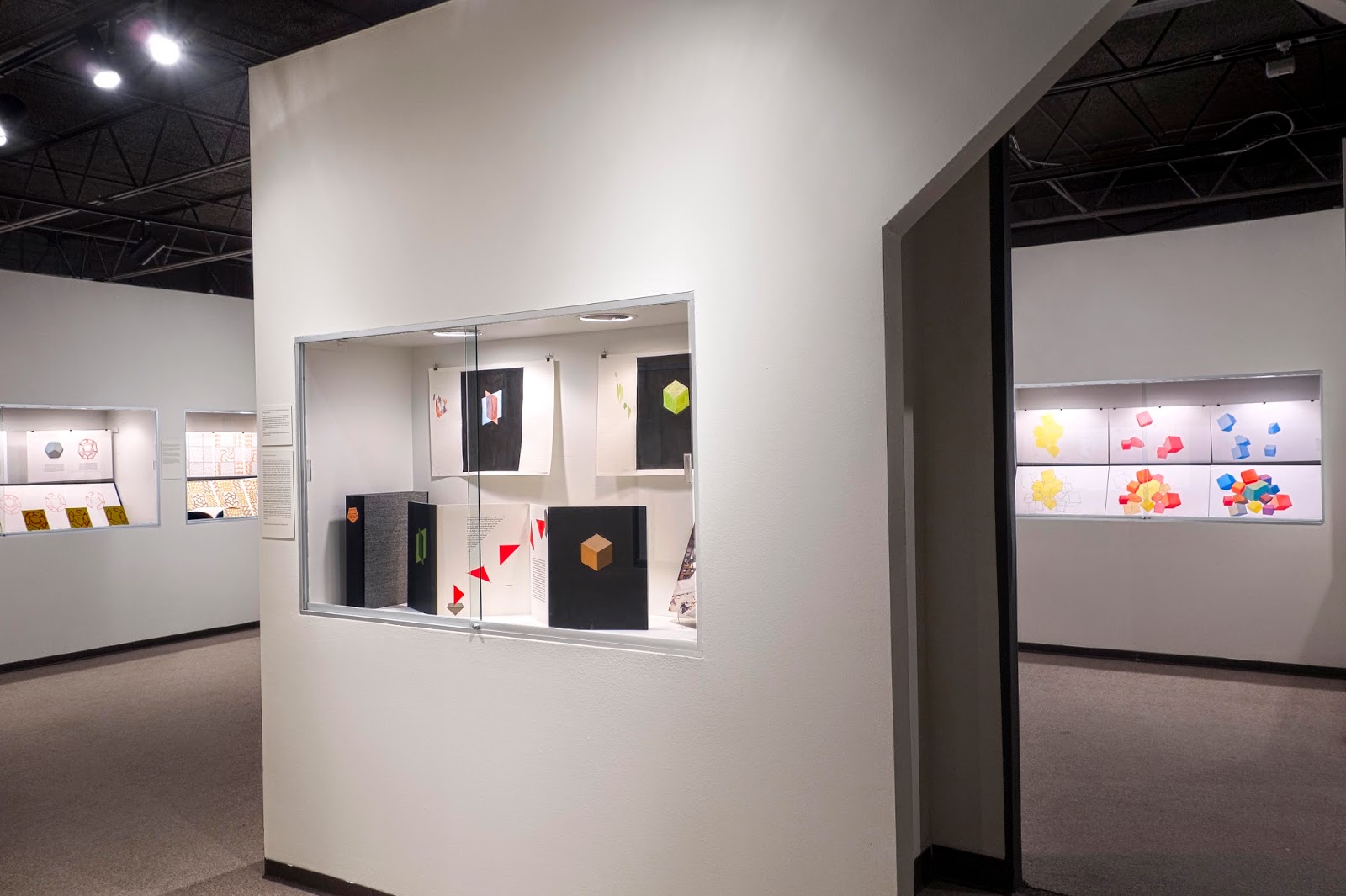 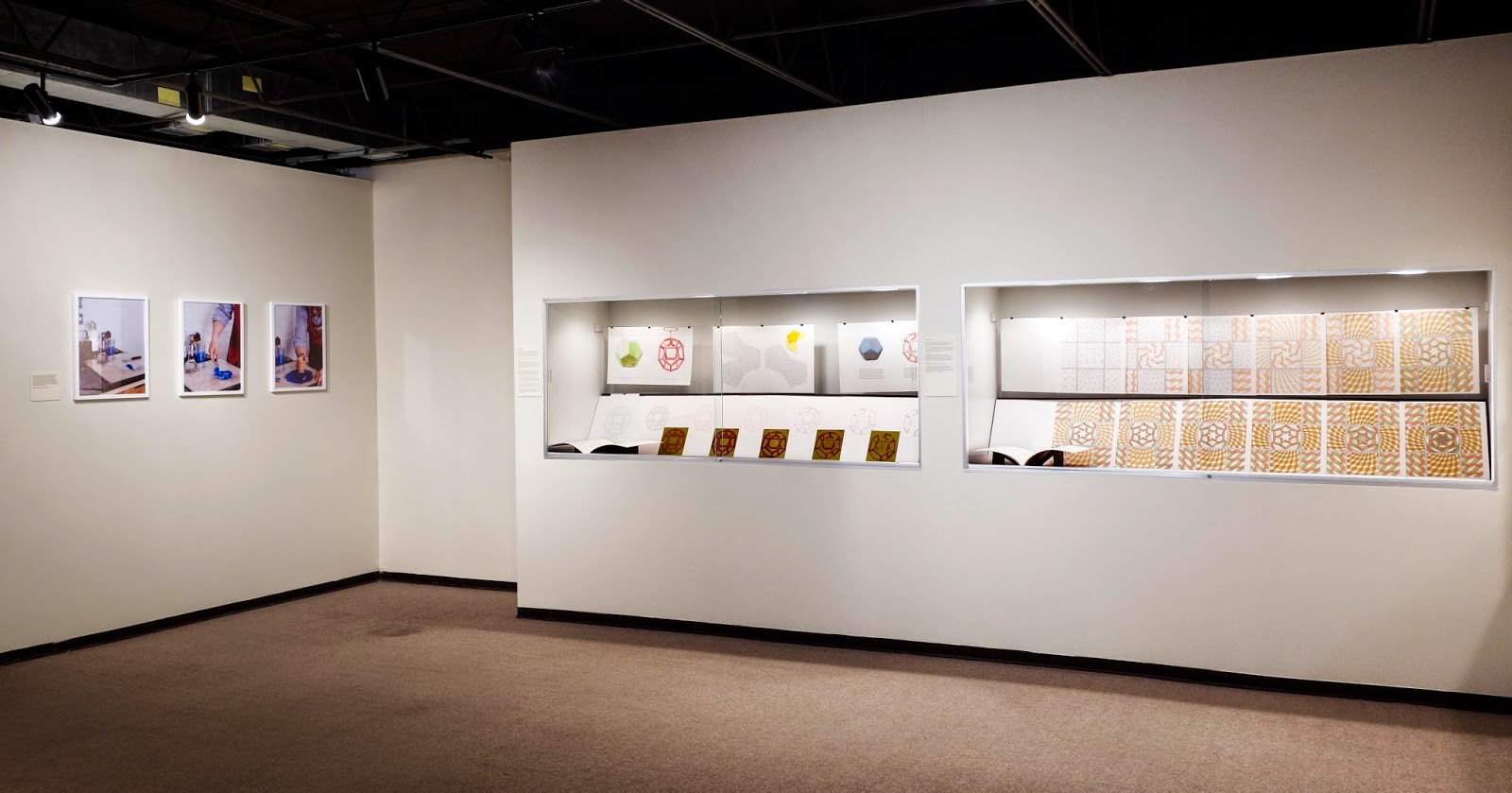 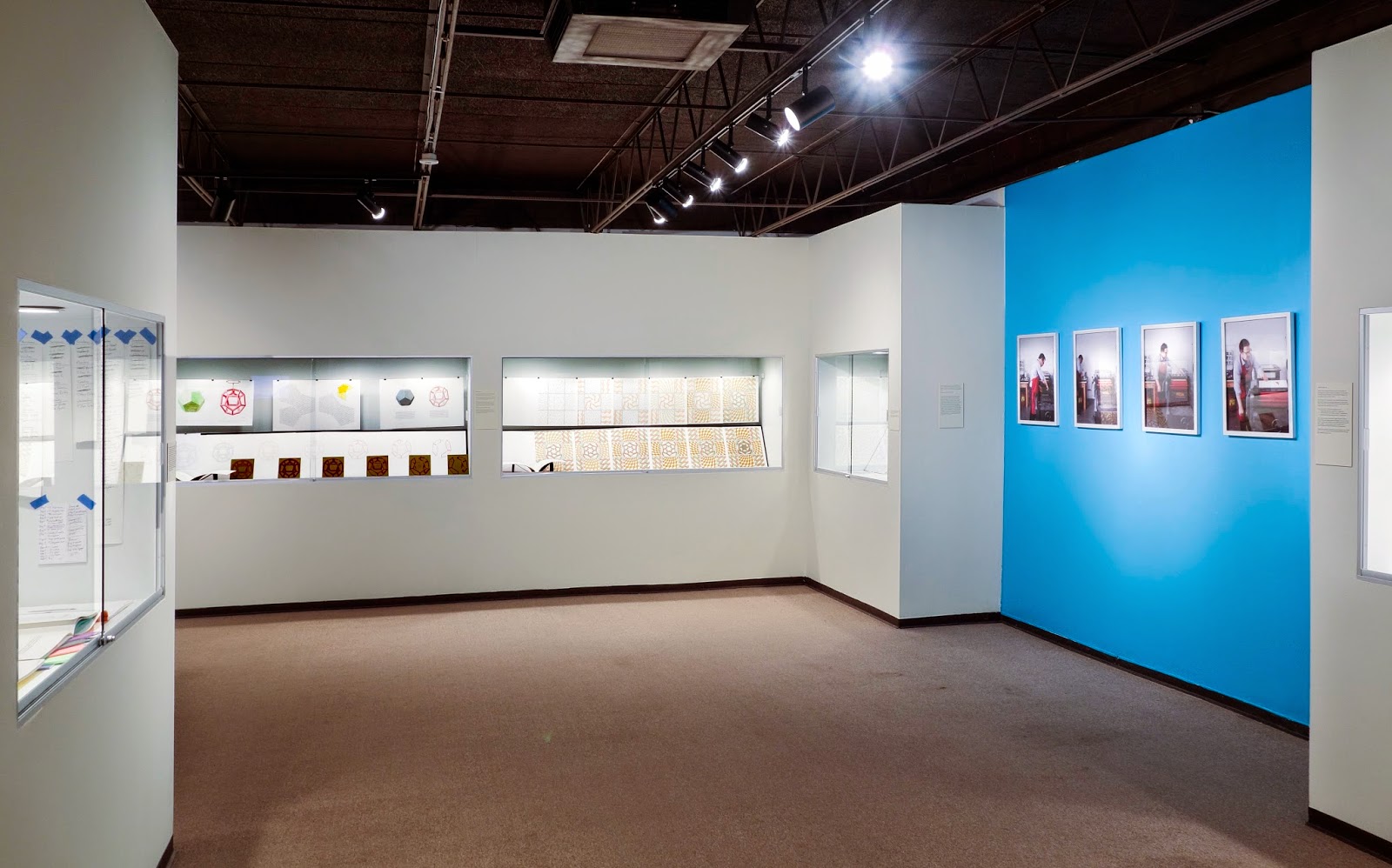 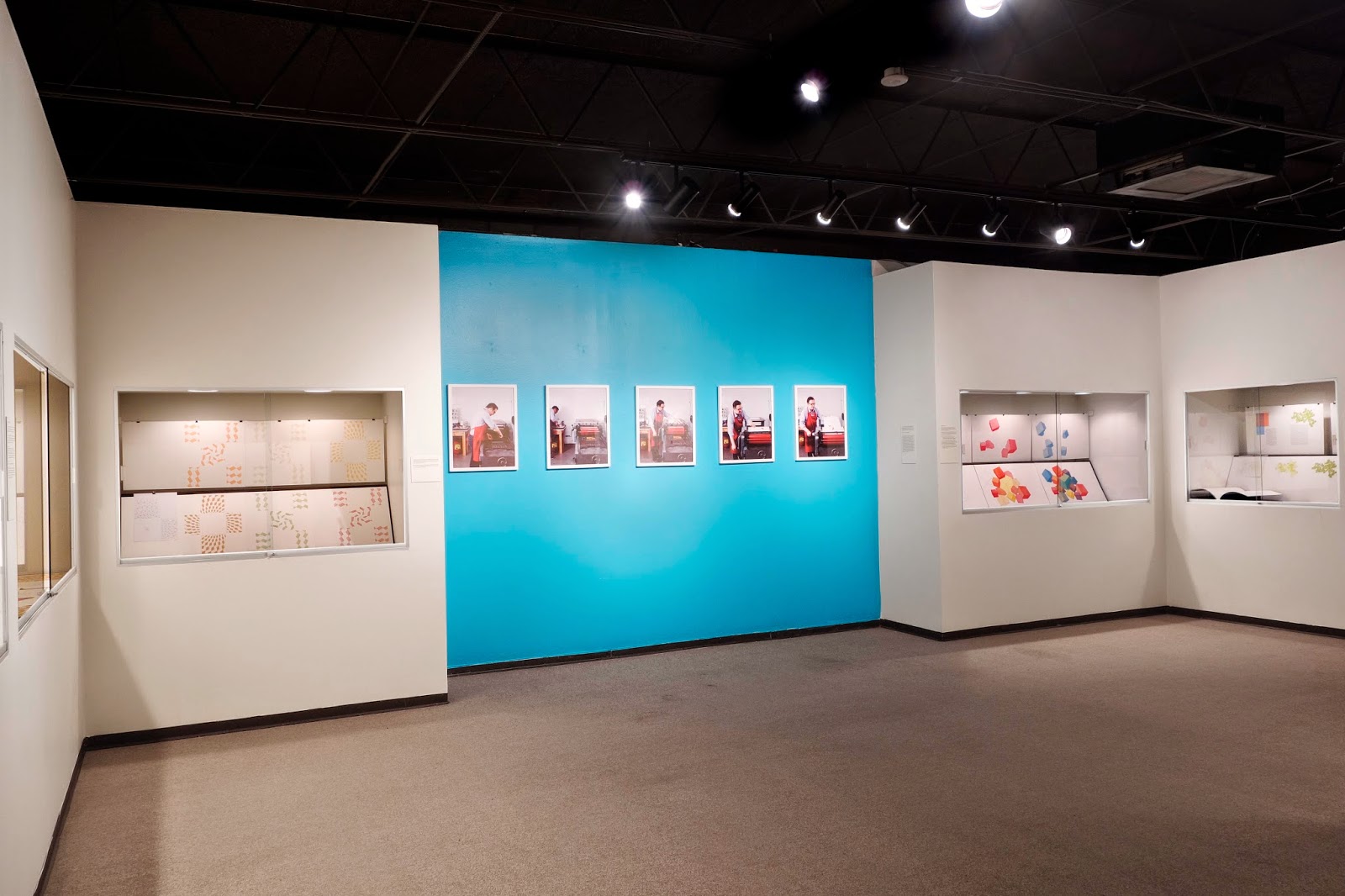 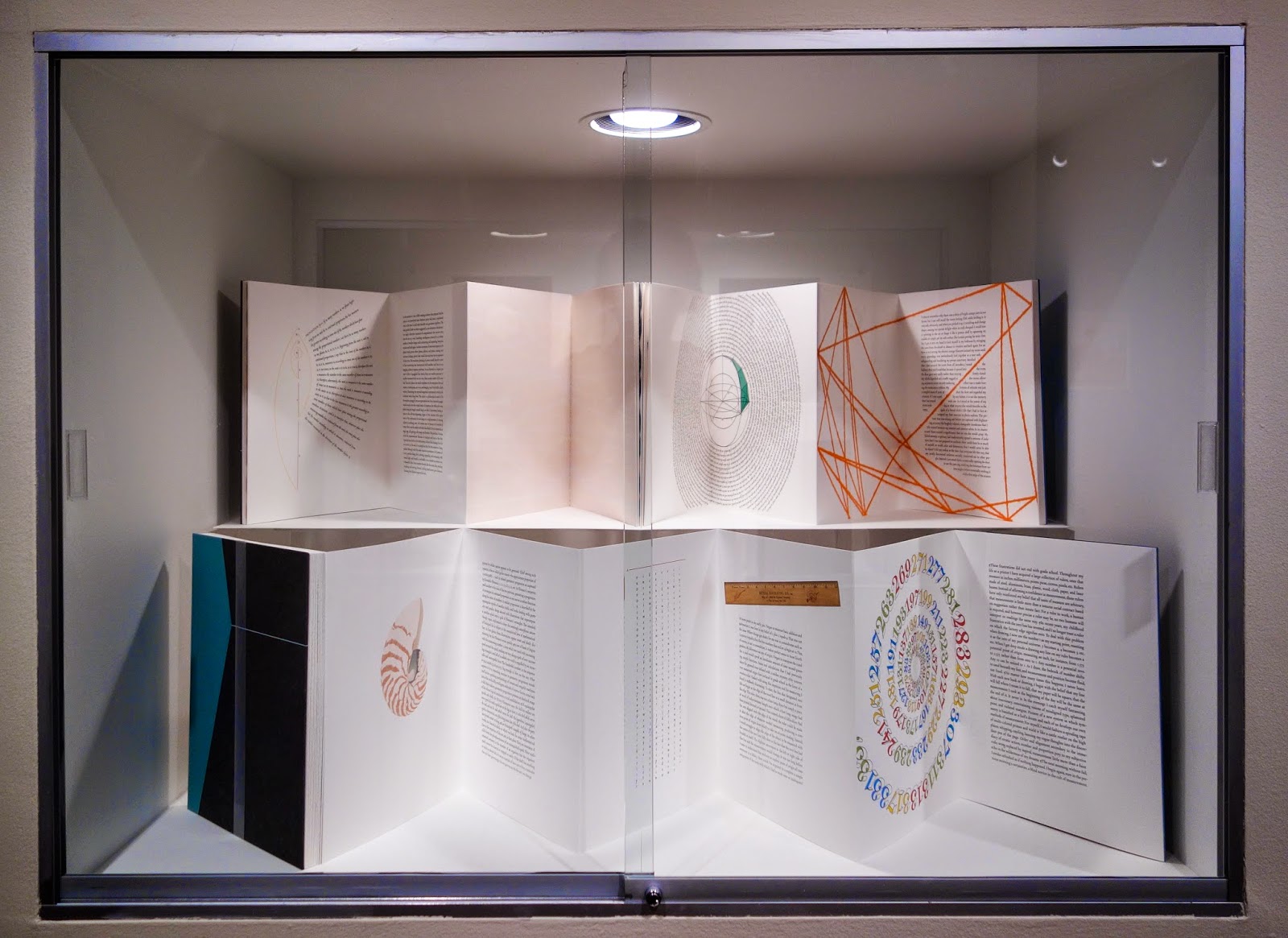 Two copies of the standard edition. 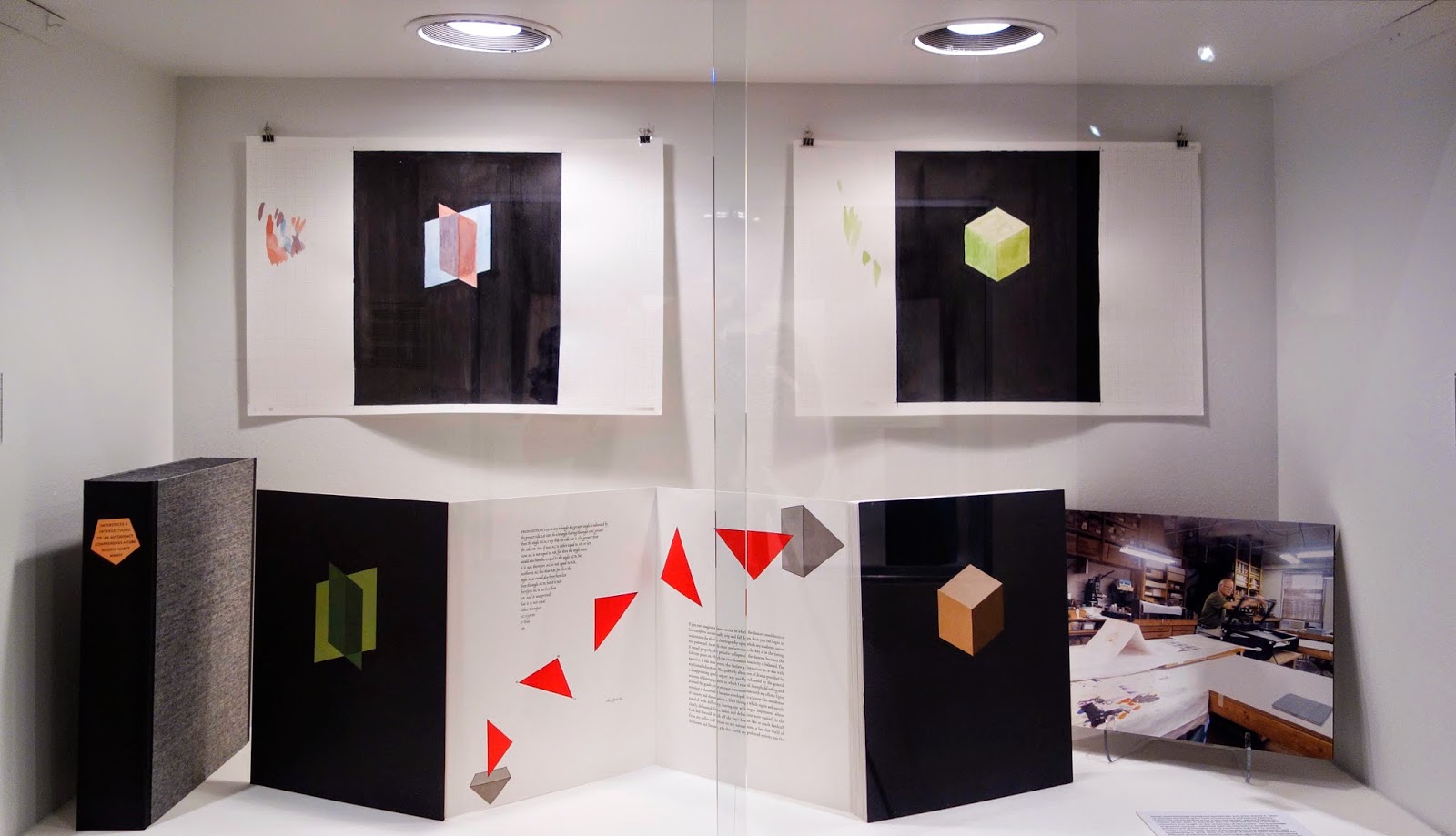 The deluxe edition with box, acrylic and watercolor paintings, and a photo of Daniel Kelm at work on the binding. 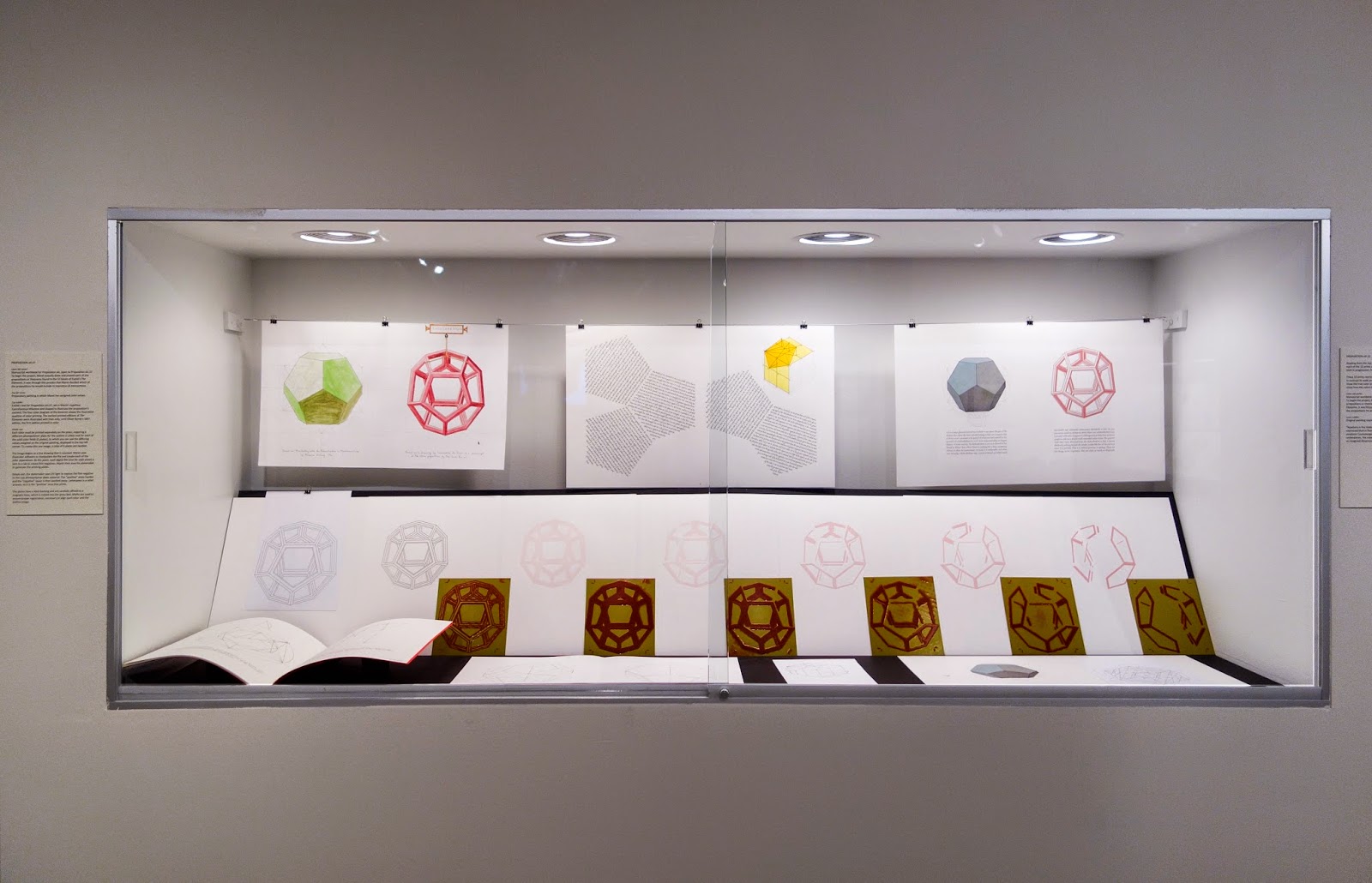 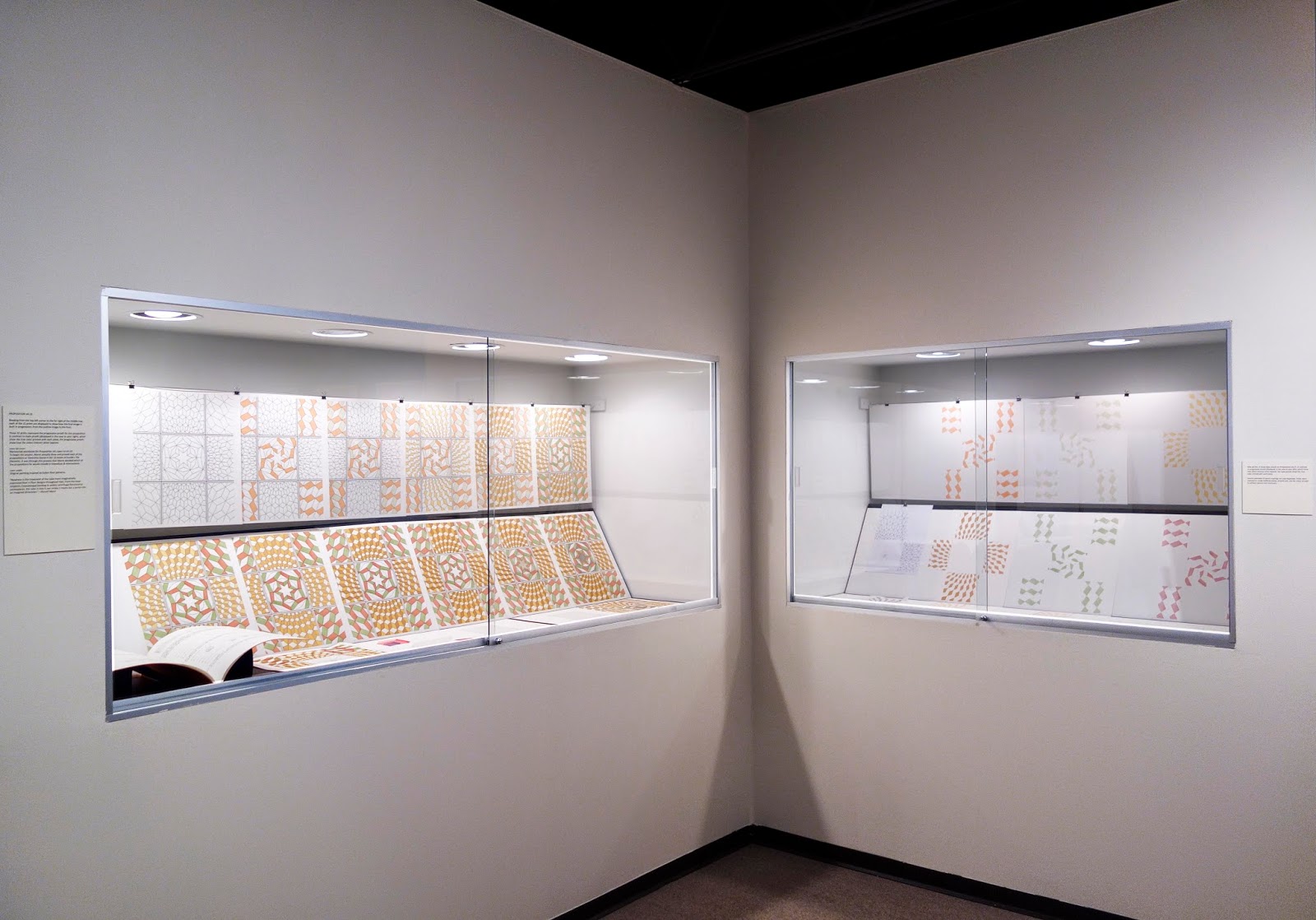 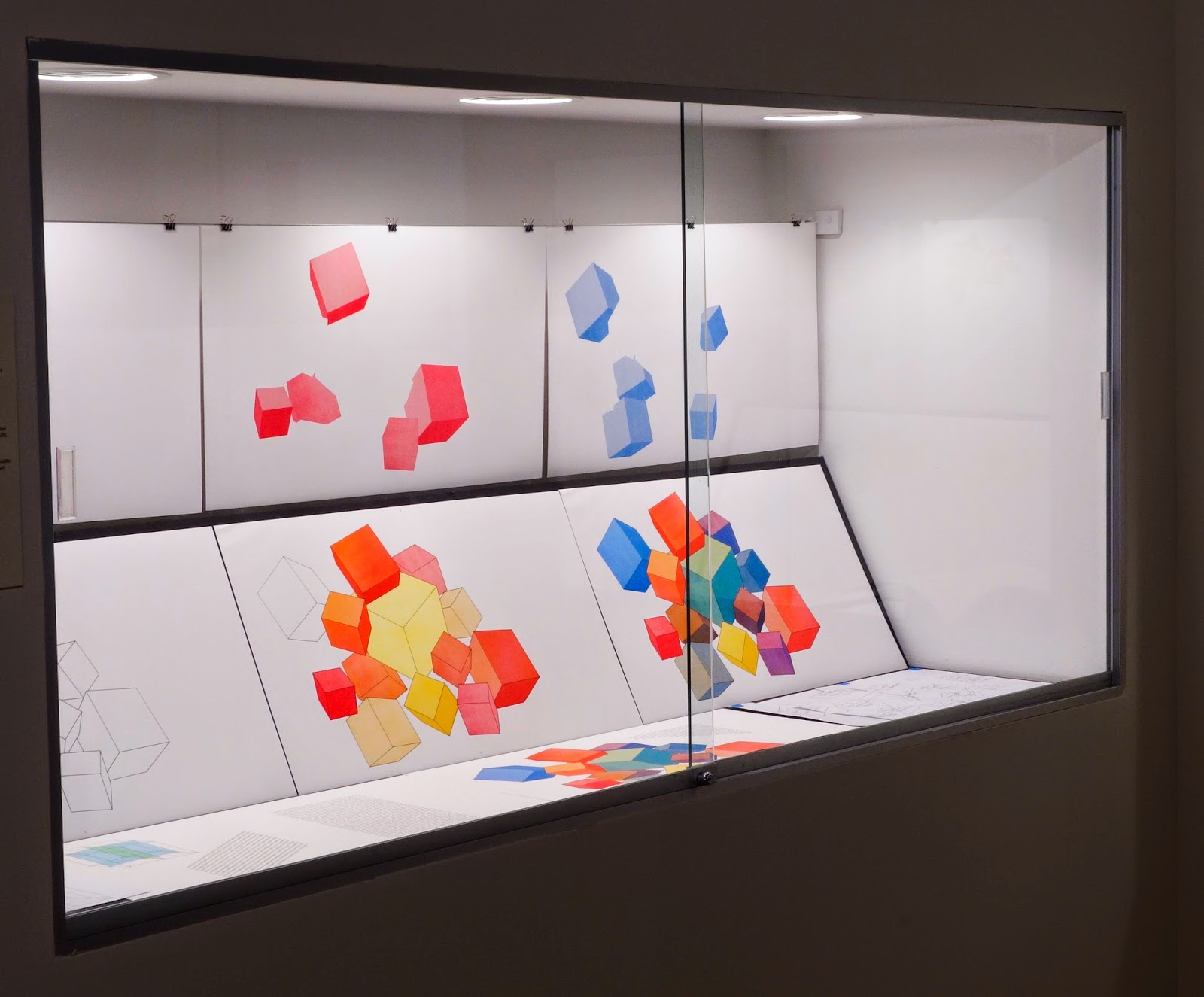 State and progressive proofs and color map for proposition xi.38. 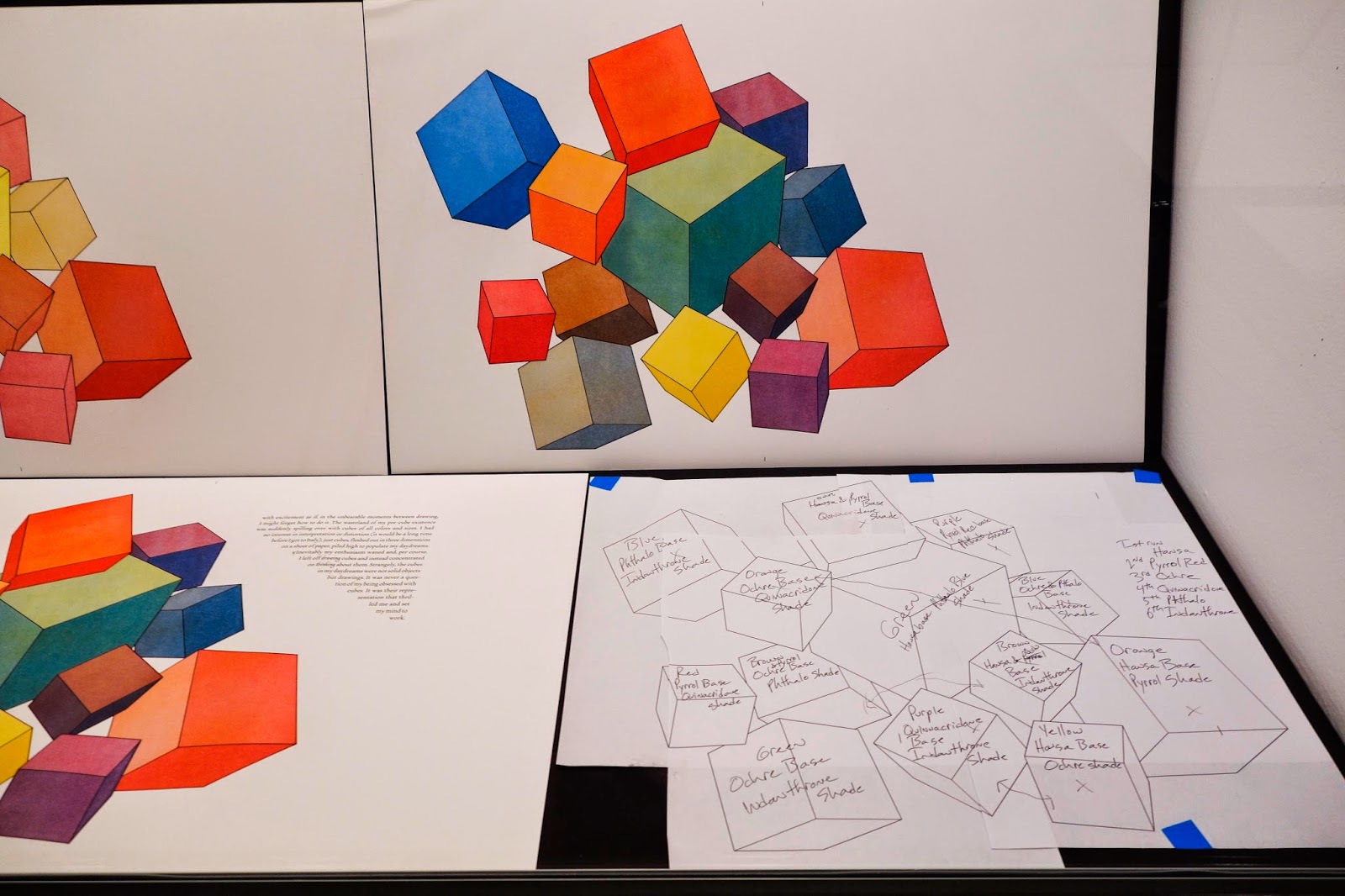 Close up of final print and color map for proposition xi.38. 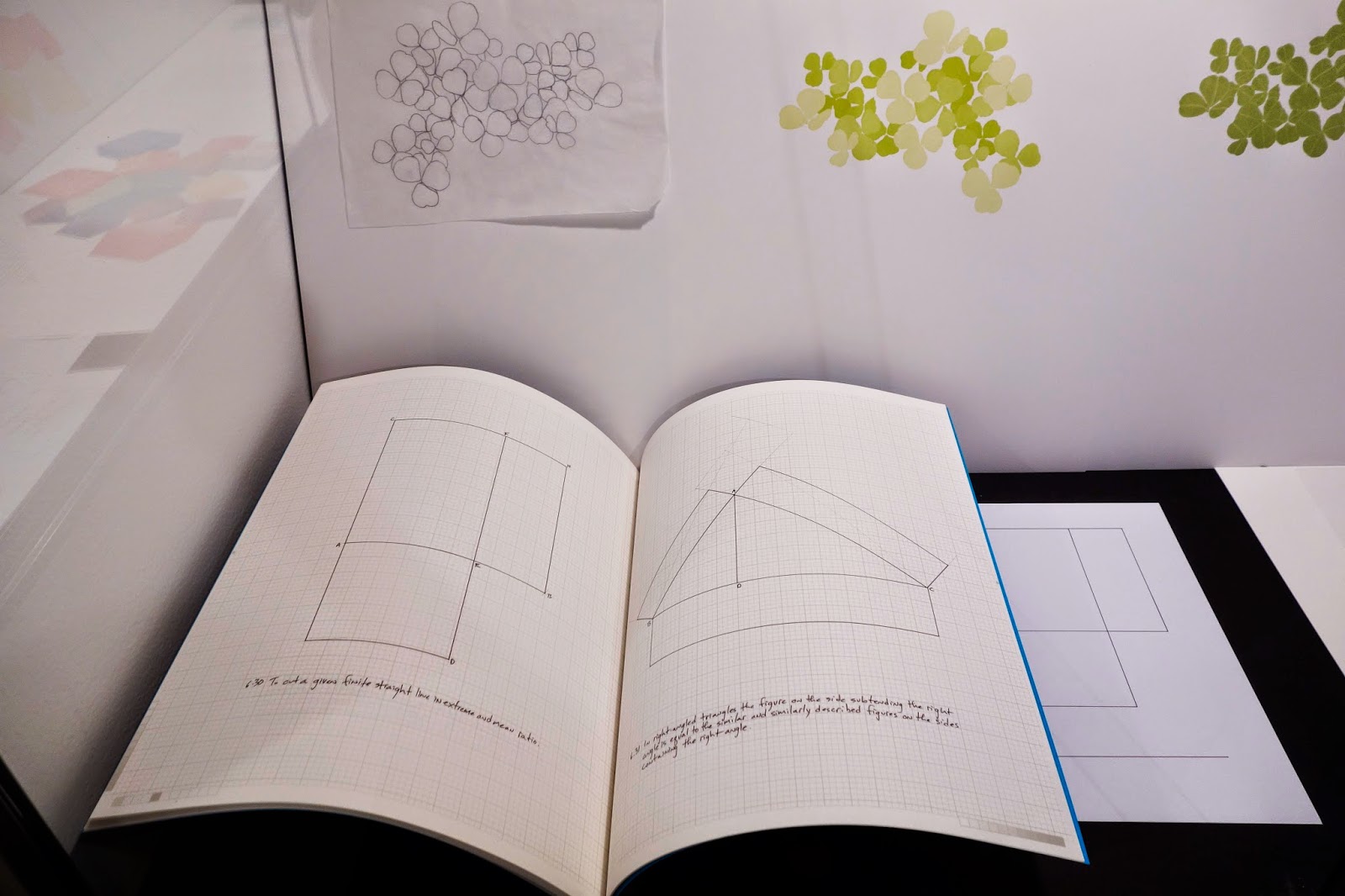 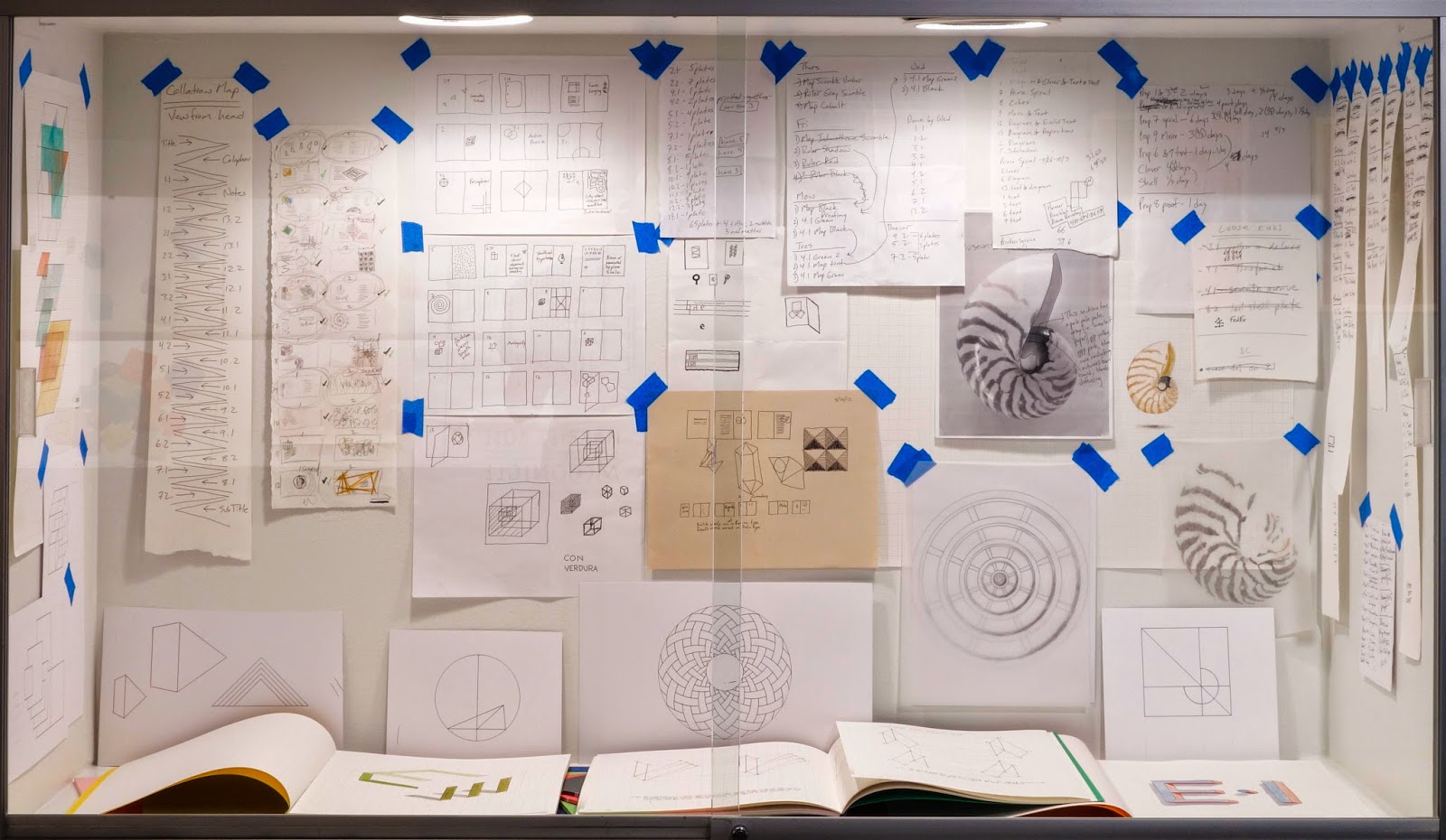 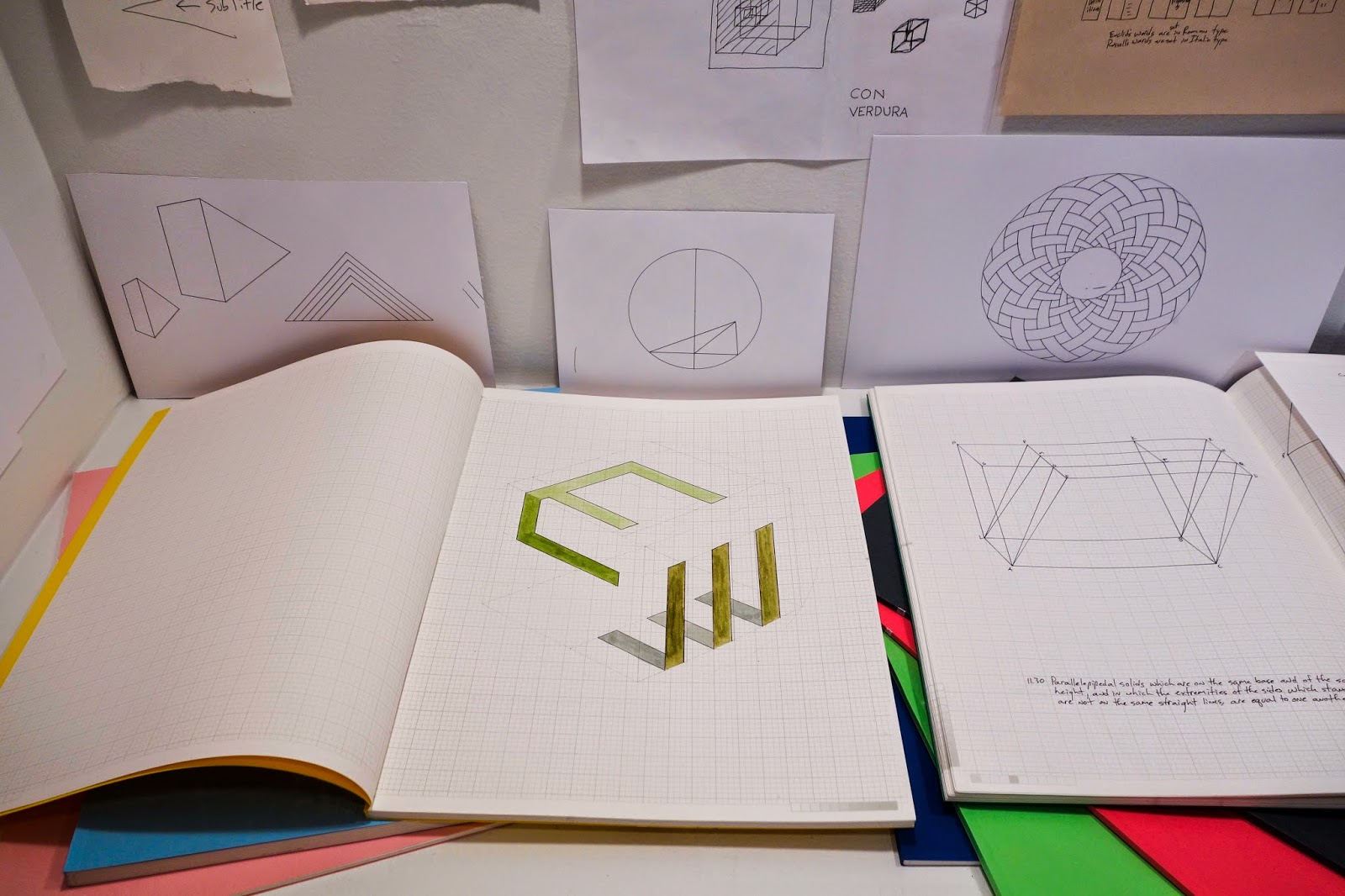 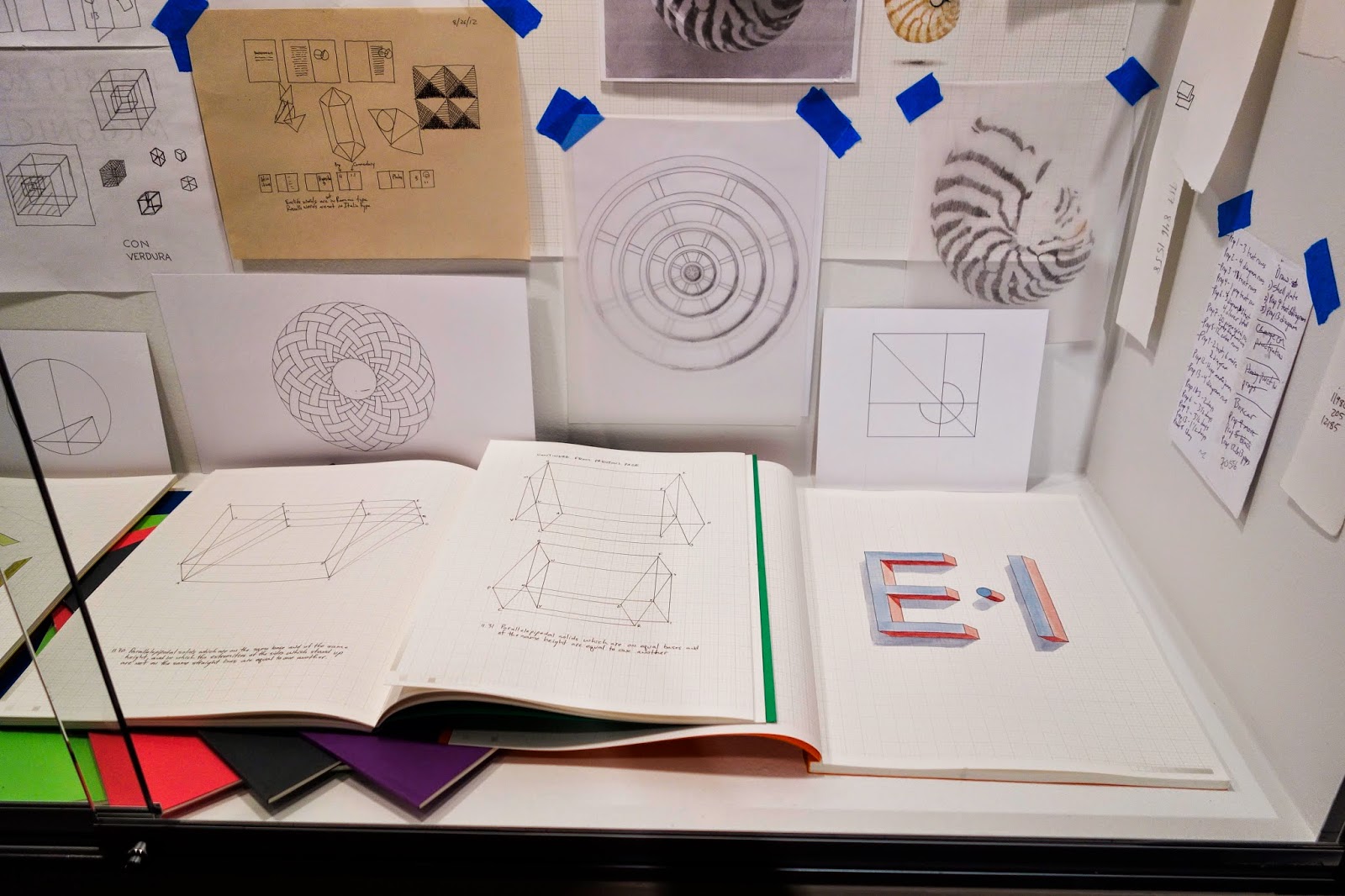 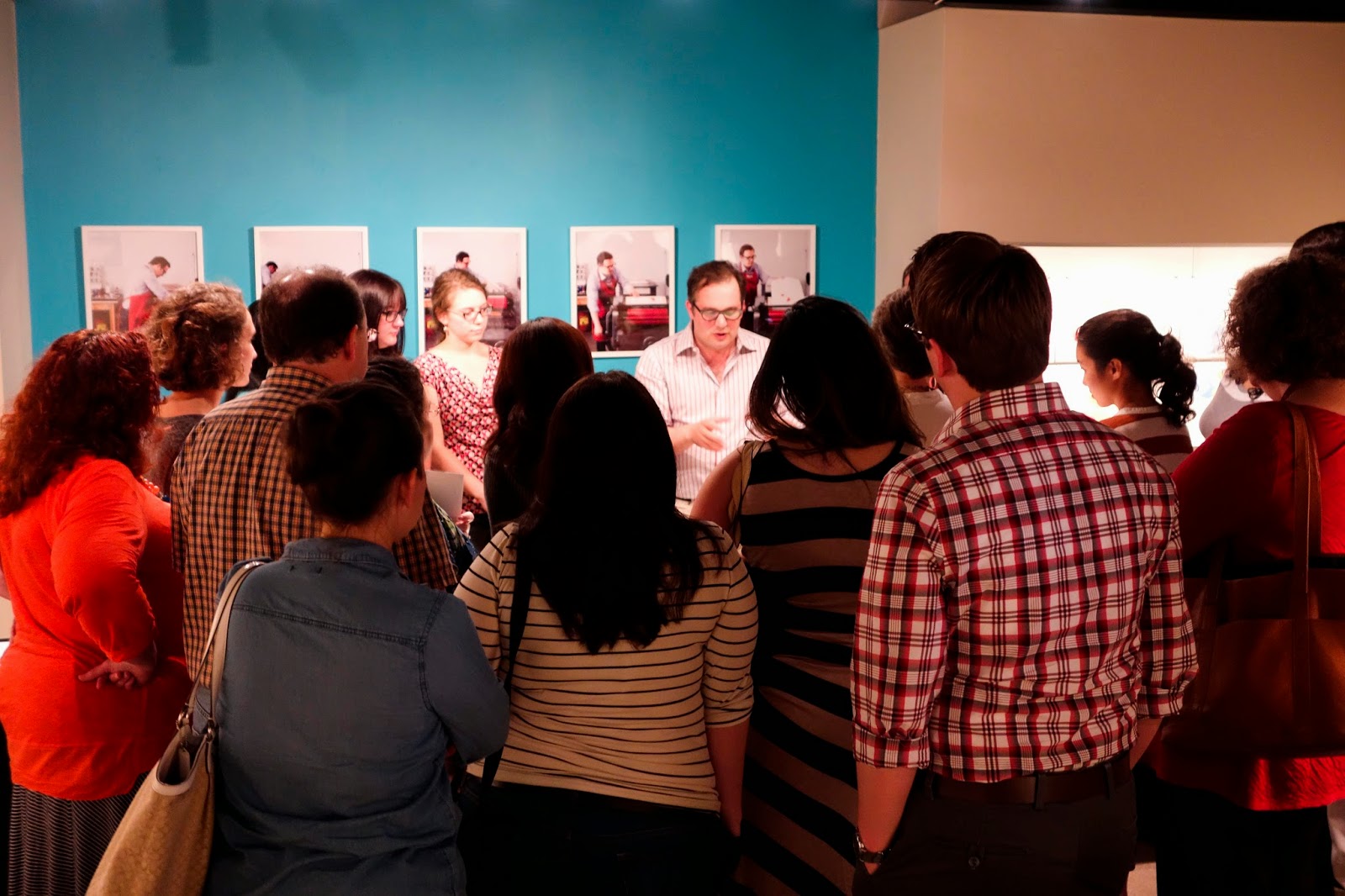 Presenting the book to the Houston chapter of the AIGA.
Posted by Russell Maret at 6:21 PM