For the fifth illustration in Some Problems with Red, I wanted to create an image that approximated the experience of red in real time; red as a phenomenon rather than red as an inert classification. I also wanted to experiment with my belief that "primary" colors are obtained through a process of extrusion and interference, rather than being foundational building blocks from which other colors are made. So the first step was to print three forms of an orangey-yellow, a green, and a purple before getting to the red. 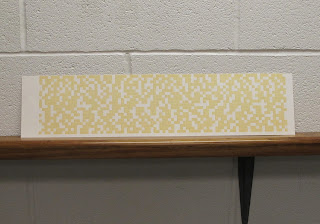 The first form is a random pattern of the orangey-yellow. 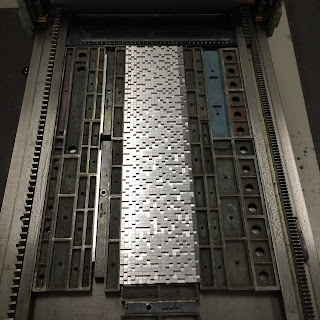 The type form on the bed of my FAG Control 405 press. 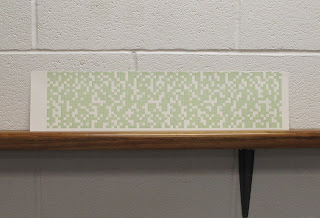 On top of which is printed a slightly different random pattern of the green. 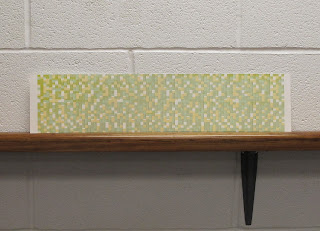 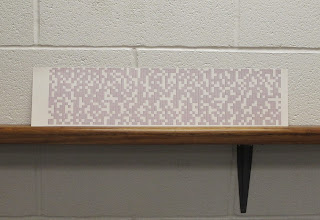 Then another slightly different random pattern of purple. 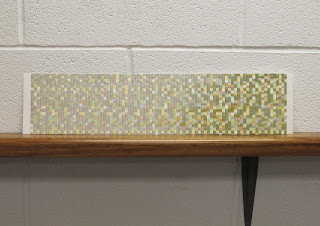 As I printed the first three colors, I freely moved the registration micrometers throughout the press runs so that, by the end of the third run, each print was noticeably different than the others. For a printing surface, I chose a linear ornament that was cast for me by Nick Gill at Hand & Eye Press in London. The text that accompanies the illustration talks about color as an aggregate experience and I wanted to print from an image that would allow the other colors to be present while still giving the overall impression of redness. 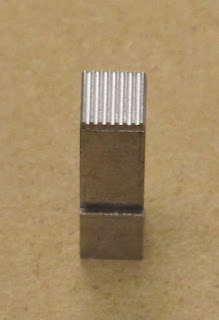 Once the three ground colors were laid down, I made a solid pattern of the type ornament and printed three press runs in warm red. I printed the first of these dead on (hitting all three registration points) and the following two at contrary angles. I then printed two more runs in a slightly darker red, each run also at different angles. This created final prints in which the red seems to be sprayed across the page, each of which is appreciably different from all the others. 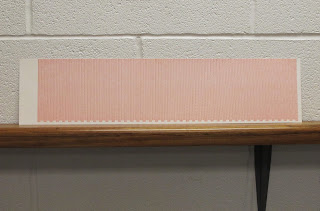 The overall linear pattern used for the red press runs. 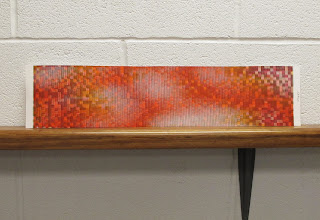 And three of the resulting prints. 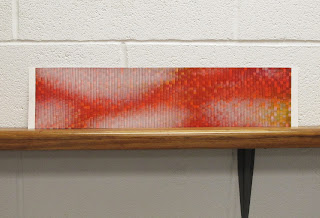 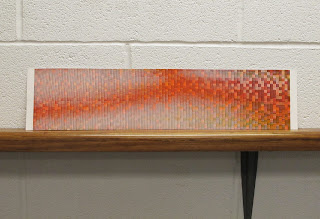 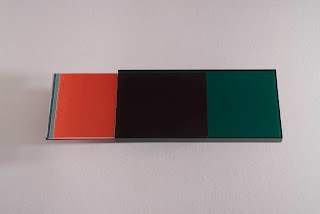 The book is housed in a green plexiglass slipcase. 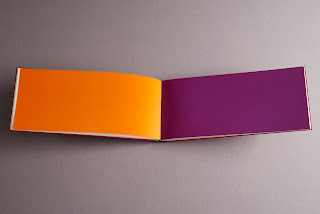 The first illustration is printed from linoleum blocks. 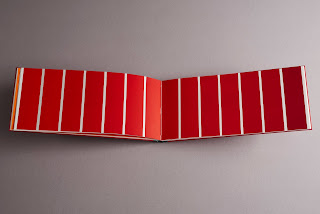 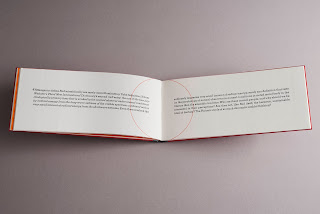 The third is drawn in ink with a compass. 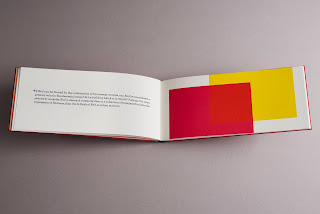 The fourth from linoleum. 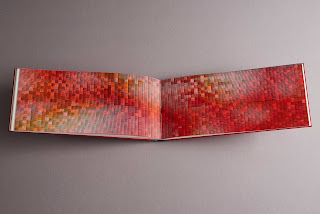 And the fifth from type ornaments.
Posted by Russell Maret at 4:58 PM